7 Weird But Fascinating Facts About Bugs

Are you one of those people who have a deep interest in bugs? Or perhaps – more accurately – are you drawn to how complex and interesting they are, despite your creeping anxieties? As it turns out, humans aren’t the only ones with bizarre abilities that set them apart from other species. Bugs also have some pretty wacky attributes that set them apart in the animal kingdom! Discover all sorts of weirdly fascinating facts about bugs in today’s blog post. So keep reading to learn more!

You may be surprised to learn that there are more than one million different types of insects on the planet! While there are thousands of species, certain common types include butterflies, beetles, houseflies, ants, bees, and grasshoppers. Each bug type has its own unique set of characteristics and habits.

Butterflies are a prime example: their bright colors, unique flight patterns, and short lifespan appeal to you all! Similarly, you can identify beetles by their tough shell-like covering. Houseflies can annoy us with their loud buzzing noises. Ants typically travel in large groups along trails, searching for food sources.

Bees fly around collecting pollen and nectar, which they use to produce honey. Lastly, munching away on leaves during the springtime is something you might associate with grasshoppers. All insect species are essential in maintaining your planet’s delicate balance of nature – fascinating!

An insect’s life span can vary drastically depending on its species. While some may only live for a few hours, others can live up to several years. Some interesting examples include beetles; their larval stage can last up to three years. On the other hand, an adult cricket’s life span is roughly one to two months, and grasshoppers from two to six weeks.

Ants have the longest life span among insects, with queens able to live up to several years, workers between one and three months, and males a few weeks. On the other hand, mosquitoes generally have short lifespans ranging from five days for males and four weeks for females. When you consider all of these examples, it is easy to see why such a vast number of different insect species are flourishing on Earth.

Some Can Glow In The Dark

Fireflies, common in the summertime, are one of the most well-known bugs that glow in the dark. However, looking closely at this fascinating insect behavior reveals several other insects that also emit light. For example, glow worms and railroad worms, both found in tropical forests around the world, emit yellow to greenish lights from their bodies and are an exciting sight to behold.

In addition, different species of fungi also make use of bioluminescence. In Spain and the Pacific Northwest, they appear as ghostly white patches on rotting stumps and logs. Nature’s canvas is truly captivating around every corner!

Bugs Can Survive In Some Of The Harshest Environments On Earth

Nature has equipped some of its most resilient creatures, bugs, with the ability to survive in a variety of challenging and dangerous environments. Take the water bear, for example. This microscopic creature should probably not even be classified as an insect, but it can withstand temperatures as low as -200 degrees Celsius, long periods without food or water, and high levels of radiation that would be deadly to almost any other organism.

Still, it’s not the only one. Harlequin beetles are also quite hardy, surviving in harsh climates, including tropical jungles and snow-packed mountain regions. The endurance of certain cockroaches has been studied extensively; they can hold their breath for up to 40 minutes and will keep scurrying along at temperatures as low as -32 degrees Fahrenheit! And a list like this would only be complete by mentioning the tardigrade, which can go years without water and even reproduce in space! Truly astounding!

They Have Been Around For Millions Of Years

Since the dawn of time, bugs have been a part of your planet’s history. They can be found everywhere, from deserts to gardens to your backyard. Ants and termites have been on Earth for over 120 million years, while cockroaches have come onto the scene more recently, around 250 million years ago.

To share an even deeper look into the evolutionary past, dragonflies have existed since 300 million years ago! Thanks to their small size and differing environmental needs, bugs can survive climate changes that might otherwise make it difficult for larger creatures to remain. This has allowed them to live harmoniously with you here on Earth for so long.

Some Bugs Can Jump Up To 50 Times Their Body Length

Jumping bugs are impressive: Visualize an insect just a few millimeters long, leaping extraordinary distances. Numerous types of bugs are capable of this incredible feat, all for various reasons. For instance, many fleas can jump up to 30 cm in one bound! This specialized superpower allows them to reach new hosts with ease.

Jumping spiders also possess strong back legs, which help them take giant strides with relative ease—up to 20 body lengths at once! Surprisingly, they have forward-facing eyes, giving them good vision while they jump. Finally, grasshoppers have powerful hind legs that enable them to jump up to 50 times their body length. A truly fascinating group of creatures!

For some people, bugs can be a great way to add protein to their diet. Not only are they high in essential nutrients, but they’re significantly cheaper than other protein sources. Among the more popular bugs consumed by people worldwide are beetle larvae, crickets, grasshoppers, bee larvae, weaver ants, and red ants.

These insects are usually fried or boiled before being served with a side dish. They have a nutty flavor and crunchy texture, making them an enjoyable snack for many individuals. However, it’s important to note that due to their lack of regulation and inspection processes, consuming insects can be risky in some parts of the world since they may carry parasites or disease-causing microorganisms.

These Are Just A Few Weird But Fascinating Facts About Bugs!

There are many other amazing things to learn about bugs, including how they use camouflage to protect themselves and their offspring. In addition, some of them have unique defense mechanisms, like spraying blood or regurgitating acidic substances to defend against predators. The study of bugs is fascinating and can reveal a lot about the natural world you live in.

previousContainer Gardening For Beginners
nextThings To Do Outside Before You Die

7 Houseplants That Will Help Reduce Stress

Are you feeling overwhelmed and stressed out? If so, adding a few houseplants to your home could be just the thing to help reduce stress… 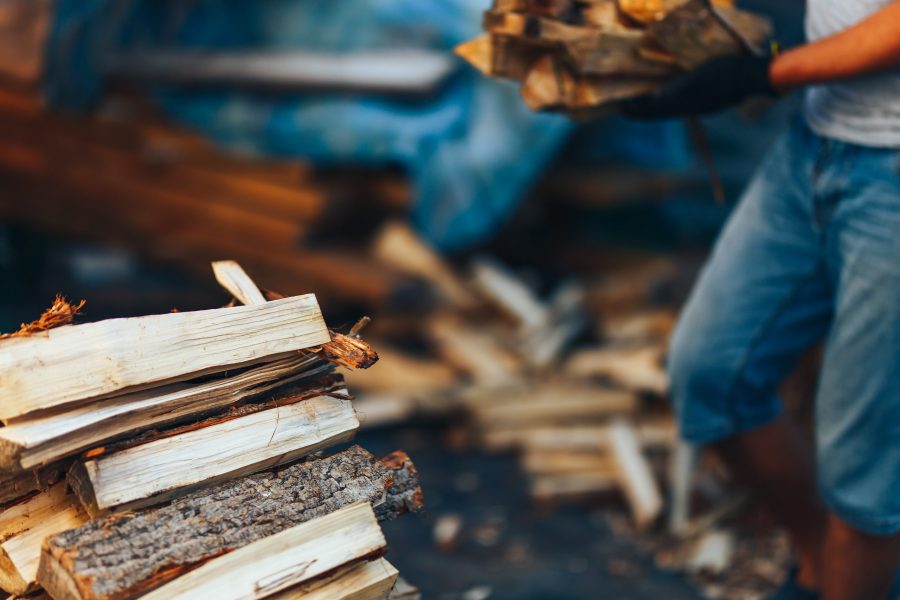 Firewood pests can be a real problem if left unchecked. They not only damage wood, but they can also spread diseases and create an unsafe…

Are you looking for the perfect Valentine’s Day gift for your outdoor-loving special someone? With the warmer weather approaching, it’s time to start thinking of…

7 Houseplants That Will Help Reduce Stress

How To Get Solar Panel Subsidies

Mushrooms You Should Try