8 Plants That Can Kill You

Plants can kill, too; yes, you heard that right. They may look all bright and shiny, but some plants have some of the deadliest poison found on Earth. There are many incidents in history where many people were murdered using the venom from plants, like Socrates’s death by Hemlock or the children dying due to deadly Nightshade ingestion accidentally. Some trees, herbs, berries, and flowers cause severe organ damage and even death, even if we contact them. Some plants are extremely poisonous if they get inside your body and knowingly or unknowingly can kill you.

Here are eight deadly plants that can kill you.

White Snakeroot or Ageratina Altissima is found in central and eastern North America. This single plant was responsible for the demise of hundreds and thousands of settlers from Europe in the 19th century. This plant gets its poison from a toxin called tremetol, which gets passed to humans through milk when consumed by the cows and livestock. It causes milk sicknesses, which produces tremors, vomiting, constipation, liver failure, delirium, and ultimately death.

This plant also gained its notoriety because it had killed President Abraham Lincoln’s mother, Nancy Hanks Lincoln. Although milk sickness is a thing of the past, and most of these plants are now cleared from places where animals graze, it is a hazardous plant. 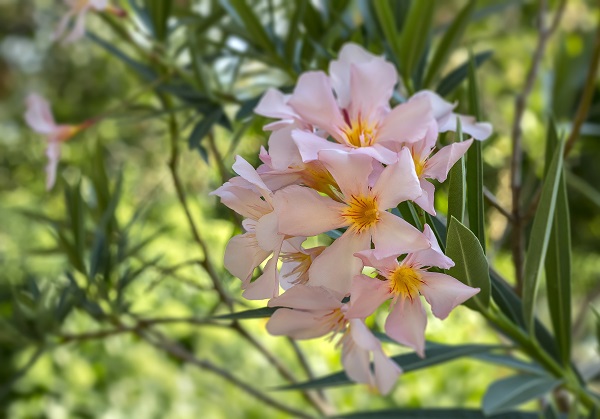 Oleander or Nerium Oleander is a prized plant and is widely cultivated by farmers in mild oceanic and subtropical climates. It is a tall plant that can reach up to 6-12 feet, but as beautiful, it may look, it is full of deadly toxins. The Oleander is full of cardiac glycosides like nervine and oleandrin. These toxins are found on plants like leaves, roots, flowers, and Oleander fruits. These toxins can stop the heartbeat of your heart. If you have come in contact with this plant’s toxins, you would have symptoms like bloody diarrhea, blurred vision, and skin rashes. Usually, when one consumes this poison, it is vomited out of the body.

Rosary pea or Abrus precatorius are also known as Jequirity Pea. Although named after a holy symbol, these seeds are incredibly fatal. The toxin is due to the presence of a ribosome inhibiting protein called abrin. These plants are found in tropical areas and are often used in making jewelry and prayer rosaries. When intact, the seeds are non-lethal, but they can be extremely toxic and deadly when broken or scratched and chewed. Only three micrograms of toxin abrin can kill a human. A seed contains much more than that. This toxin stops the protein synthesis in cells, leading to organ failure and death within 3-4 days. 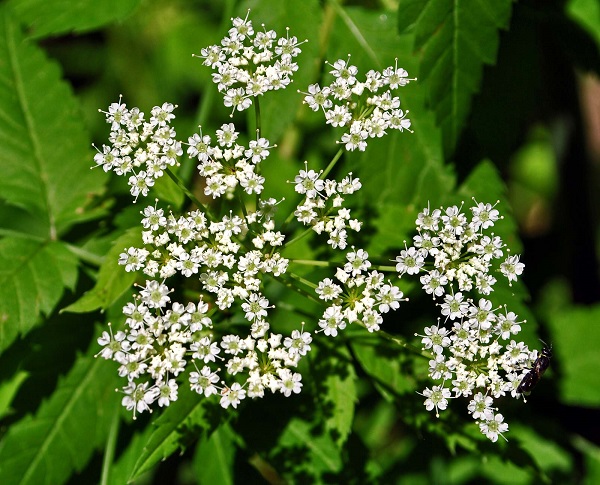 Water Hemlock or Cicuta Maculata is very close to the Poison Hemlock, the notorious plant used to kill Socrates. Water Hemlock is so toxic that it has been named the most violently poisonous plant in North America. It is part of the carrot family, and it looks like Queen Anne’s lace; that is why people often confuse it with celery or parsnips, a confusion that costs more than their life. It consists of a deadly toxin known as cicutoxin, which is present mostly in its roots. If anyone accidentally eats it, it would follow severe abdominal pain, cramps, convulsions, nausea, and ultimately death. Those who are lucky to survive are often cursed with lifelong tremors and amnesia. 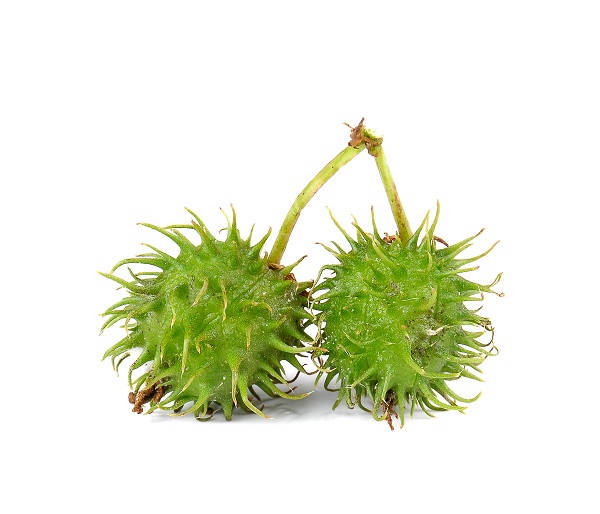 Castor Bean or Ricinus Communis is a popular and attractive plant that is originally from Africa. It is also used as an ornamental plant in some places. Castor oil is produced from the seeds of these plants after processing. These plants have in them the toxin ricin, which, even in small amounts, is deadly. Even eating one or two seeds can kill a human child, and seven to eight can kill an adult human. Like abrin found in rosary peas, this toxin inhibits protein synthesis in cells and can cause seizures, vomiting, diarrhea, and even death. This was the same drug used to kill Georgi Markov in 1978, a journalist who spoke against the Bulgarian government. Most of its victims are children and pets due to accidental eating.

Giant Hogweed or Heracleum Mantegazzianum has its presence all over the world. It is spread from Australia to Europe with a corrosive sap that produces a photo toxin, furocoumarin. If anyone touches the plant and gets exposed to ultraviolet light, it causes a chemical reaction known as phytophotodermatitis. This rash is so extreme and severe that it looks like a chemical burn. If your eyes get accidentally exposed to this chemical, then it can cause permanent blindness. It causes third-degree burns, which can take months to heal. It is so toxic that the affected area remains photosensitive for years altogether.

The Bunya Pine or the Araucaria Bidwillii is a tall plant found in Australia’s rainforest and mountains. It can grow up to 130 feet. It grows massive watermelon-sized cones weighing up to 23 pounds. These plants are not toxic but are lethal and dangerous due to these gigantic cones. When some unsuspecting victim walks below these pines, these huge cones fall on them and cause instant death. Due to this, the government erects boards of warning, saying cone season. It warns people not to pass below the Bunya Pines. 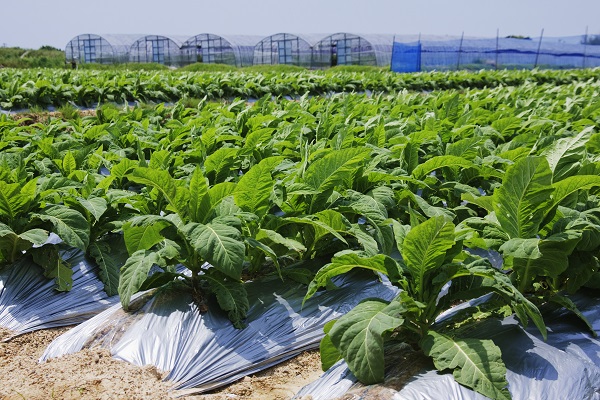 Tobacco or Nicotiana Tabacum is well known to all. It is, in fact, the most widely planted non-food plant of commercial value. Every part of this plant inhibits the toxic alkaloids, anabasine, and nicotine. If eaten, this can prove to be fatal. The irony is that despite this plant being a cardiac poison, the nicotine derived from tobacco is extremely popular, addictive, and psychoactive. The use of tobacco alone is the sole cause of approx—5000000 deaths worldwide, making tobacco the most dangerous plant on earth.

Make sure to steer clear of these plants next time you’re out enjoying nature because they could unexpectedly kill you or harm you severely. Don’t pick random berries off of bushes and consume them and be careful with the plants you decide to pick up because they could be one of these deadly 8.

Everything You Need To Know About Wakesurfing

Gadgets To Help You Go Off The Grid

The Benefits of Goat Yoga

How To Overcome Procrastination

Interesting Ways To Spend A Saturday