Top 8 Active Volcanoes That Could Threaten Your Life

Volcanoes are disastrous and dangerous, but it is because of volcanoes that land exists. Initially, volcanoes might seem destructive, but it turns out to be the other way around after the dust has settled. For example, lava rivers are known to destroy fertile land and destroy the landscape, but with time, these rivers break down, releasing lots of nutrients and leaving behind a remarkably fertile land.

How Are Volcanoes Formed?

Suffocation is the most common reason for death during volcanic activity. During a volcanic eruption, molten lava, dangerous gases, ash, and rocks cause a lot of destruction and damage.  Lava is thick and does not trickle, so it is rare to die due to lava, but the released gases offer the most threat.

Factors such as population density in the volcano, eruption history, and magma types are examples of vital factors to determine the amount of danger related to a volcano. Now we know that volcanoes are dangerous, but where are these volcanoes? Below, see some of the most dangerous volcanoes in the United States.

Kilauea is an active volcano site in the Hawaiian islands. This volcano last erupted in 2018. Five volcanoes together form the island of Hawaii, with Kilauea being the most active of the lot. 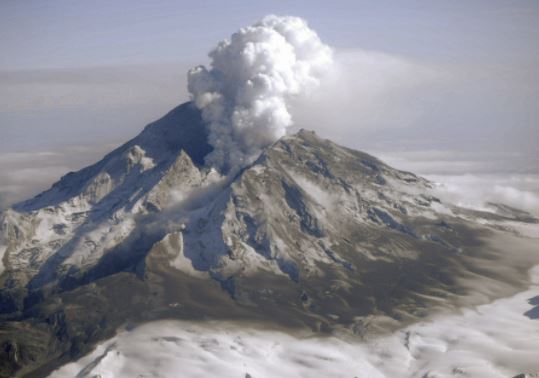 Mount Redoubt is also known as the Redoubt volcano. Mount Redoubt is an active stratovolcano.  This volcano last erupted in 2009. It is made up of lava deposits and intercalated pyroclastics.

Several factors make Mount Rainier one of the most dangerous volcanoes in the United States. The heat formed due to Mount Rainier’s eruption could melt the ice, and snow settled on this volcano’s slopes, resulting in the rapid downstream flow of debris, mud, and rocks. According to USGS, the most significant risk posed by the eruption of Mount Rainier is massive lahars.

The eruption of Mount St. Helens in 1980 was the most destructive and deadliest volcanic activity in the U.S history of volcanic events. More than 50 people died due to the eruption, and thousands of animals and a vast area of forests were also destroyed.

This volcano is at the end of the cascade range in California. It is the second-highest peak in the cascades and the fifth-highest in California state. Mount Shasta is a steep-sided stratovolcano. Although Mount Shasta hasn’t erupted in the last few years, it is considered dangerous due to the surrounding population.

Like many above-mentioned volcanoes, Mount Hood is also a stratovolcano in Oregon. This volcano is also the highest peak in Oregon state. It last erupted in the year 1866.  Mount Hood is a famous tourist and holiday destination because it offers only year-round lift-served skiing in North America.

This island is a part of the Fox Island Group of the Eastern Aleutian Islands of Alaska. The volcano present here is known as Mount Akutan, officially known as Akutan Peak. Akutan peak, too, is a stratovolcano. This volcano last erupted in the year 1992.

There are many dormant volcanoes you do not have to worry about, but there are some dangerous volcanoes. Before hiking volcanic terrain, make sure to do extensive research on the area. Consider talking with locals about your plan to hike up the volcano and see what advice and tips they have to offer. Typically if you are new to an area, it is safest to join a guided hike up a volcano. Guided tours often have teams monitoring the volcanic activity to ensure your safety while on the adventure.

Why You Should Plant Wildflowers